There is currently an alert in place for Japanese encephalitis (JE) in South Australia.

JE has been detected in 10 commercial piggeries in:

The latest detection of JE on a property in the Light LGA aligns with infection in March, with the infection period for former detections identified as January and February 2022.

An additional Adelaide Plains case has been detected in an alpaca. JE is not a food safety concern.

An incident management team has been established by PIRSA, including staff on the ground to provide surveillance and advice.

Primary producers are strongly encouraged to put measures in place to manage mosquitos to prevent mosquito bites and watch for symptoms in animals on their property.

JE is a nationally notifiable exotic disease and must be reported immediately to your vet or the Emergency Animal Disease Watch hotline. 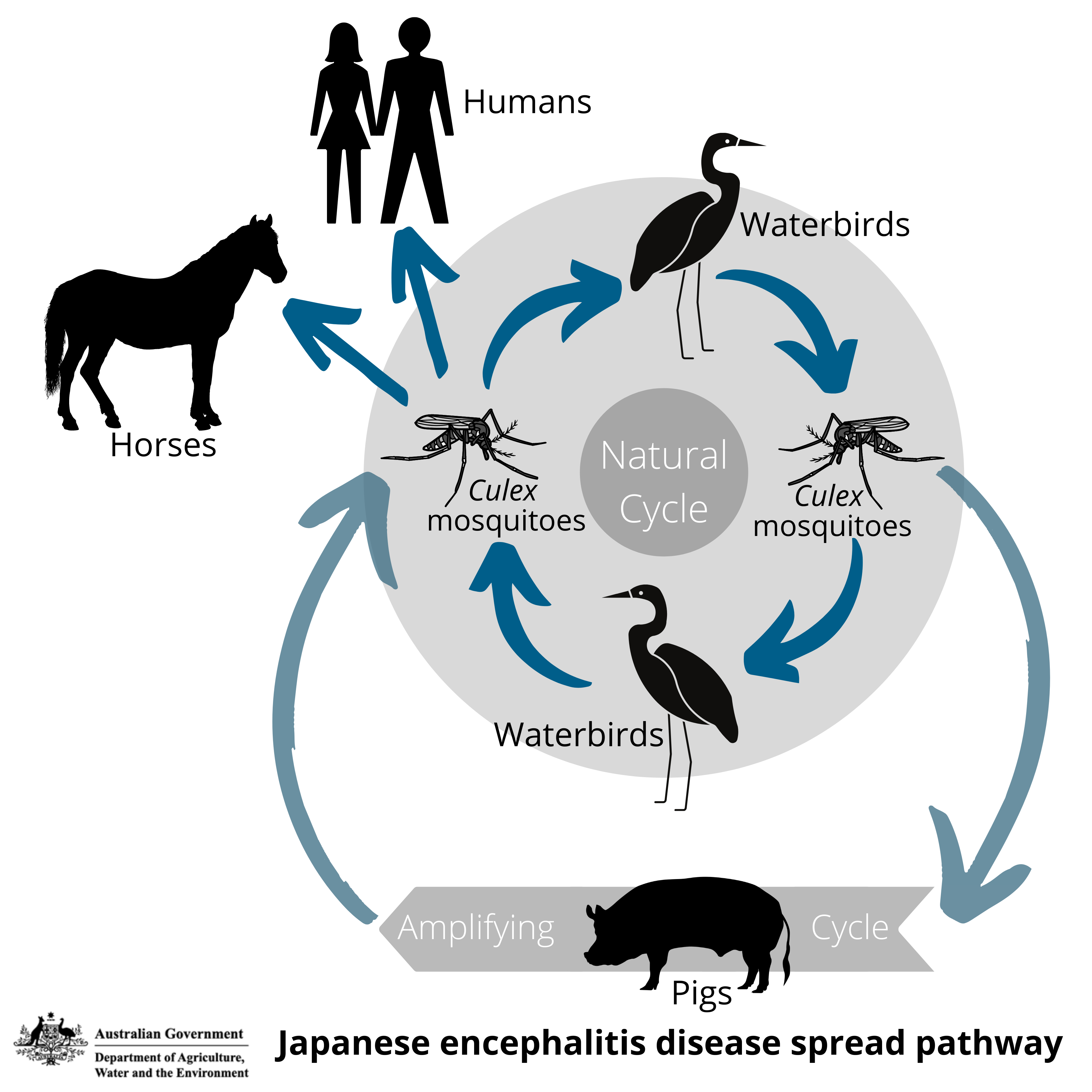 Japanese encephalitis (JE) is a mosquito-borne disease that causes reproductive losses in pigs and encephalitis in other susceptible animal species. The disease occurs mostly in pigs and horses but can also rarely cause disease in people. Severe illness arising from JE infection in humans is rare and most people will have no symptoms at all if infected.

Detections in South Australian commercial piggeries in February 2022 followed confirmation of the virus in piggeries in Queensland, New South Wales and Victoria. It is not known how the virus has come into Australia.

Mosquitoes become infected with the virus after feeding off an infected animal. Once infected, mosquitoes can spread the virus locally. Waterbird movements may spread the disease over long distances.

Pigs can develop sufficient levels of the virus to infect mosquito populations for approximately 4 days. Pigs may also rarely become infected by direct contact between pigs or by infected pig semen.

Horses can be infected but are known to be a ‘dead end host’. They do not carry a blood infection that will reinfect mosquitoes.

Reports of disease in other animal species are rare. Affected animals may show symptoms such as fever, decreased appetite or neurological signs.

There is currently no effective vaccine or treatment for animals. Effective management of mosquitoes on your property is key to preventing the spread of infection.

People working with pigs and horses, including those with a single pet or small herd, should take steps to protect themselves and control mosquitoes on their property.

If you suspect or diagnose animals to have the virus, you are legally required to notify the Emergency Animal Disease Watch hotline.